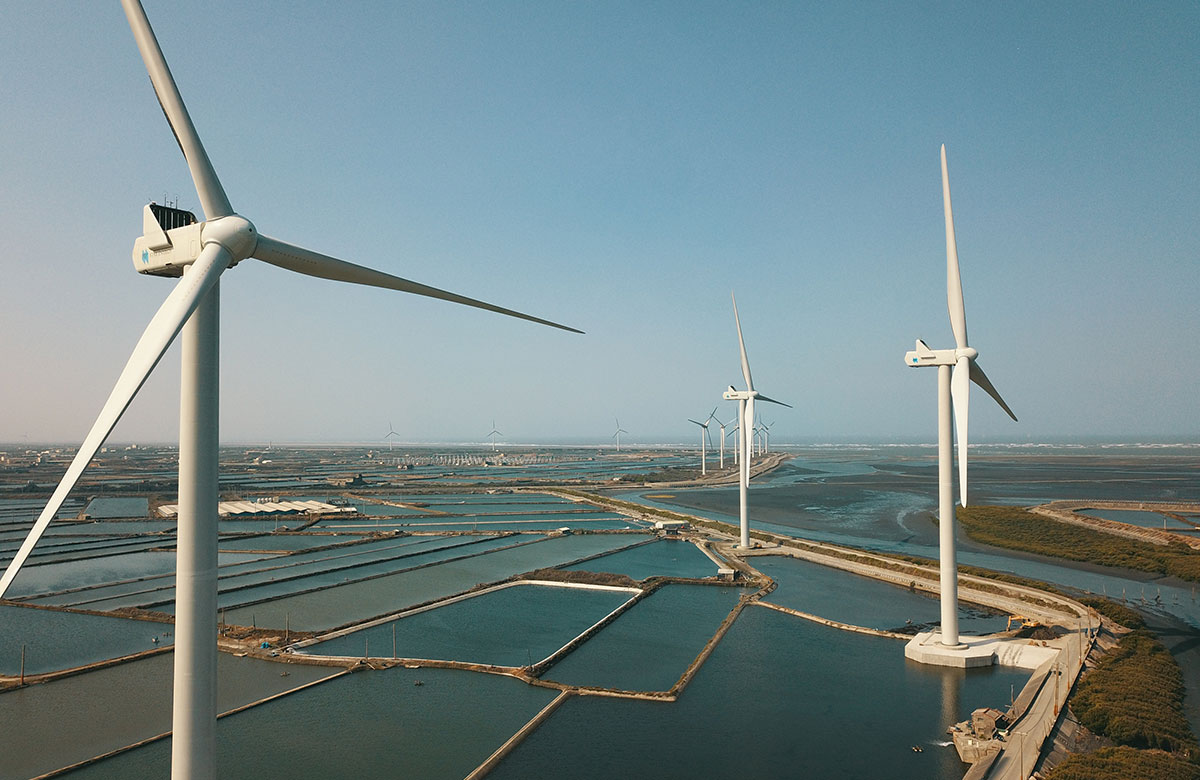 TAIPEI, August 11, 2021 - Delta, a global leader in power and thermal management solutions, today announced the signing of its first ever power purchase agreement (PPA) with TCC Green Energy Corporation for the procurement of approximately 19 million kWh of green electricity annually, a step that contributes to its RE100 commitment to reach 100% utilization of renewable energy as well as carbon neutrality in its global operations by 2030. TCC Green Energy, which currently has the largest renewable energy available transfer capacity in Taiwan, will supply the green electricity to Delta from TCC’s 7.2MW wind turbine infrastructure. With the aforementioned PPA and its status as the only RE100 member in Taiwan with a cutting-edge solar PV inverter as well as wind power converter product portfolio, Delta further cements its dedication to the development of renewable energy worldwide.

Mr. Ping Cheng, Delta’s chief executive officer, said, “We thank TCC Green Energy Corporation not only for providing us with those 19 million kWh of green energy annually from now on, but also for adopting Delta's solutions and services in their numerous renewable energy power plants. Cumulatively, this proposal is expected to reduce over 193,000 tons of carbon emissions*, which is equivalent to building 502 Daan Forest Parks (the largest park in Taipei City), and corresponds with Delta's corporate mission "To provide innovative, clean and energy-efficient solutions for a better tomorrow". Going forward, this PPA model may be replicated to other Delta sites worldwide for our RE100 goal. Delta has always been committed to environmental protection and actively engages in global environmental initiatives. After passing the Science-based Targets (SBT) in 2017, Delta aims to achieve a 56.6% decrease in its carbon intensity by 2025. By continuously executing three major relevant actions, including voluntary energy conservation, in-house solar power generation, and the purchase of renewable energy, Delta has already reduced its carbon intensity by over 55% in 2020. Furthermore, the Company has also far surpassed its annual goals for three consecutive years, and our global operations’ use of renewable energy has reached approximately 45.7%. These experiences have contributed significantly to our RE100 goal.”

Shun-I Huang, chairman of Taiwan Cogeneration Corporation stated that, in line with the renewable energy development trends, TCC is committed to developing renewable energies including wind power, solar power, and thermal power. It is the first electricity group enterprise in Taiwan to be equipped with comprehensive services ranging from renewable energy investment and development, engineering contracting, operation and maintenance, to green energy sales capabilities. Synergies are to be expected from this collaboration with Delta. The transfer load will come from the latest onshore wind turbines built by Xingbao Wind Farm Group; with a device capacity of 3.6MW per unit, these onshore wind power generators currently have the largest device capacity in Taiwan. Delta will be provided with the cleanest and efficient green energy with additionality. Going forward, the two enterprises will continue to collaborate and TCC Green Energy will surely provide strong backend support to companies pursuing for sustainable development. We aspire to co-create environmental sustainability and to work toward zero emissions.

Upon announcing its membership in the global renewable energy initiative RE100 in March 2021, Delta promised to achieve 100% renewable energy consumption and carbon neutrality throughout its global operations by 2030. Delta is also the first Taiwanese high tech manufacturer to commit to RE100 goal by 2030. Delta's operations are located throughout five continents. To achieve RE100 goal, Delta will focus on voluntary energy conservation, in-house solar power generation and consumption, and voluntary investment toward renewable power plants. Concurrently, Delta will also assess the maturity of local green energy markets to carry out PPAs or the purchase Renewable Energy Certificates (RECs) to fulfill its commitment. The solar power generated from Delta's major production sites amounted to approximately 25.3 million kWh in 2020, while 285 million kWh was purchased through RECs. The renewable energy consumption at major production sites accounted for approximately 55.1% of total energy consumption, and reaches approximately 45.7% of total energy consumption throughout all global operations. To accelerate green energy PPA procurement, Delta has also formed an inter-departmental "Delta Green Energy Team" at the beginning of 2021. To sign long-term PPA agreements, the team selects sustainable power generation projects with smaller environmental impacts and conducts onsite inspection and assessment.

In response to the enactment of the major electricity consumer regulation pursuant to the Renewable Energy Development Act, coupled with the formal request for supply chains to use green energy in production from major international customers, the demand for renewable energy generation continues to rise. Nevertheless, the renewable energy market is still in its infantry, leading to a shortage of green energy supply in the short-run. To respond to this challenge, on top of actively evaluating green energy PPAs, Delta is also committed to developing various renewable energy application solutions to assist power generation businesses to utilize renewable energy with more efficiency. By implementing smart control over discharge and charging times, energy storage systems developed using Delta's core technologies can enhance the compatibility between power consumption and renewable energy generation. Delta's renewable energy solutions have been widely used in green power plants throughout the world, including TCC. To stabilize the output of solar power generation, TCC has adopted Delta's centralized three-phase solar PV inverters in power plants including TaiPower's largest 150MW station in Tainan, south of Taiwan. Additionally, the two enterprises have also planned to further collaborate to create synergies for sustainable development.

*Based on estimates from the Council of Agriculture, in which one hectare of the forest may absorb up to 15 MTs of carbon emissions in each year. Therefore, one Daan Forest Park (25.8 hectares) would have an annual carbon reduction of 384.6 MTs.

Delta, founded in 1971, is a global leader in switching power supplies and thermal management products with a thriving portfolio of smart energy-saving systems and solutions in the fields of industrial automation, building automation, telecom power, data center infrastructure, EV charging, renewable energy, energy storage and display, to nurture the development of smart manufacturing and sustainable cities. As a world-class corporate citizen guided by its mission statement, “To provide innovative, clean and energy-efficient solutions for a better tomorrow,” Delta leverages its core competence in high-efficiency power electronics and its CSR-embedded business model to address key environmental issues, such as climate change. Delta serves customers through its sales offices, R&D centers and manufacturing facilities spread over close to 200 locations across 5 continents.

Throughout its history, Delta has received various global awards and recognition for its business achievements, innovative technologies and dedication to CSR. Since 2011, Delta has been listed on the DJSI World Index of Dow Jones Sustainability™ Indices for 10 consecutive years. In 2020, Delta was also recognized by CDP with two “A” leadership level ratings for its substantial contribution to climate change and water security issues and named Supplier Engagement Leader for its continuous development of a sustainable value chain