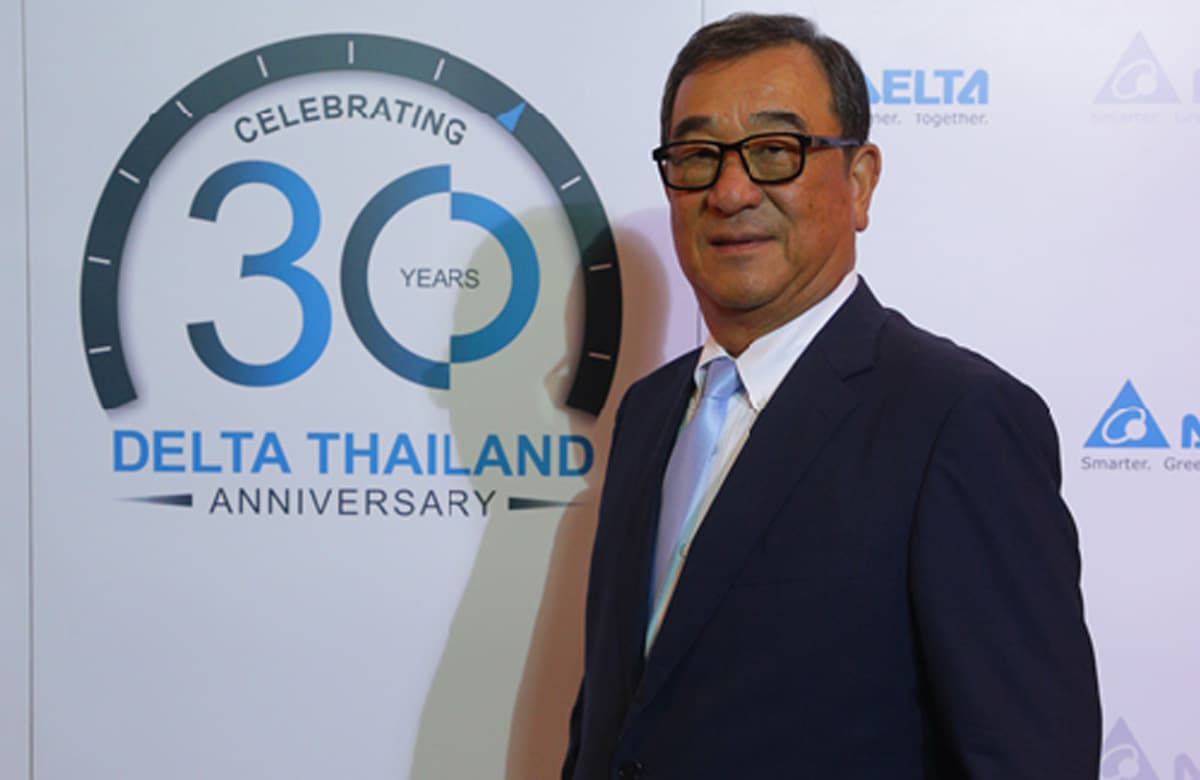 BANGKOK, 13 September 2018 – Delta Electronics (Thailand) PCL. is hosting the inaugural Delta Future Industry Summit 2018 on September 18 at Renaissance Bangkok Ratchaprasong Hotel. The event brings decision makers from the private and public sectors and members of the press to network and discuss expectations for the future of Thailand’s industrial development. The theme for Delta’s first industry summit-Innovations for Smart Cities-aims to inspire ideas and spur conversation on the best ways to drive Thai urban centers towards a more data-driven, intelligent digital economy.

“Smart cities are the best answer to the challenges and opportunities of the modern world,” said Delta Thailand President Mr. Hsieh Shen-yen. “Societies wishing to succeed in the current global landscape must make conscious, intelligent use of opportunities from technology. As global citizens, we must create ideal work environments and lifestyles that fuel sustainable economic growth,” he said.

Programs to develop smart cities are underway in Phuket, Chiang Mai and Khon Kaen. These programs aim to leverage on local strengths to create smart cities for tourism, agriculture, medicine and transportation by 2023. The Eastern Economic Corridor (EEC) revitalization plan for the industrial cities of Chachoengsao, Chonburi and Rayong also prioritizes smart industry and business development.

While these pilot programs may be transforming the provinces, the sheer scale of Bangkok presents many challenges for the capital’s shift to smart city. Still, the metropolitan government is making efforts to change by incentivizing green buildings, modernizing public transit and expanding IT systems. The upcoming IoT-enhanced One Bangkok district aims to further boost intelligence in urban infrastructure.

At the Delta Future Industry Summit, experts and stakeholders will touch on the latest developments in smart technology during feature presentations and panel discussions. Dr. Nopbhorn Leeprechanon, Thammasat University Head of the Electrical and Computer Engineering Department, will open the summit with a presentation-“Step into the Future of Smart Cities”.

A major summit highlight will be the panel discussion on “The Future of Electric Vehicles in Thailand”, which will feature representatives from Delta, The Metropolitan Electricity Authority (MEA), the Electric Vehicle Association of Thailand (EVAT) and major car manufacturers. Participants can join in the conversation during a Q&A session.

Another highlight panel discussion “A Decade into the Future: Predictions for Thai Cities”, will include representatives from Delta, Bangkok Bank and National Electronics and Computer Technology Center (NECTEC)

“We’re excited at the high caliber of speakers and guests joining Delta to explore the untapped potential of Thailand’s cities. We believe this country has the resources to create some of the most livable and connected cities in the world,” said Mr. Kittisak Ngoenngokngam, Delta’s SEA Business Director at Thailand.

With 30 years of operations in Thailand, Delta has developed a business plan that focuses on supporting growth in renewable energy, industrial automation, electric vehicles and big data. These businesses are key building blocks in the foundation of smart cities and the industries set to define the country’s future growth.