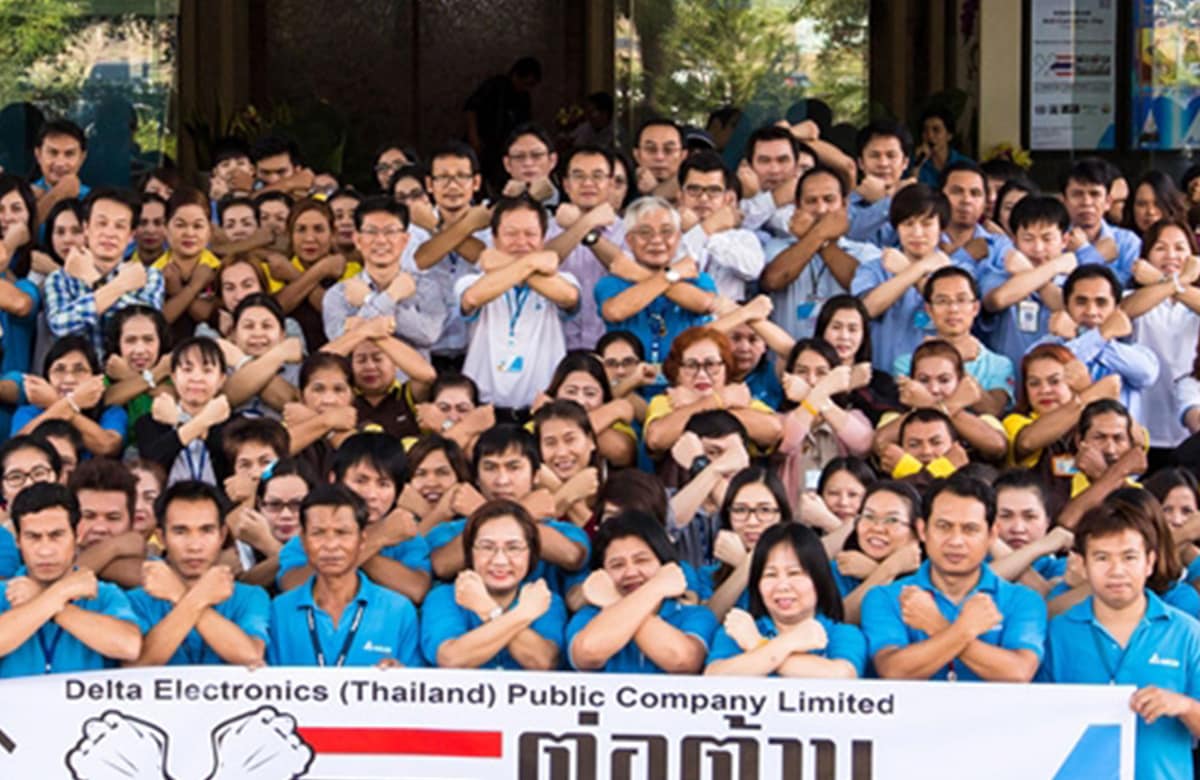 To emphasize our dedication to be a social power and drive people and Thailand to demolish corruption for a sustainable development of Thailand’s economy and society, 206 Delta executives and employees from 14 key functions collaborated with 66 persons from 33 supplier companies to perform a symbolic act on International Anti-corruption Day. This was initiated by the United Nations since 2003 and its 2015 theme according to their campaign was officially announced to be “BREAK THE CORRUPTION CHAIN”.

A flash mob took place in the company’s lobby to illustrate the Company’s affirmation that we will carry out our role as the 315th member of Thailand’s Private Sector Coalition Against Corruption (CAC) and encourage our stakeholders to comply with anti-corruption.